It's a good thing that I hit the water Sunday March 18th, because it looks like my boom-breaking session at Sebonac will be my one and only windblog entry for the month. While I was able to extend my Consecutive Monthly Windsurfing Streak to 13, one good day in 31 is clearly not enough. Sure, I've got my copies of Windsurfing Magazine and Windsport for bathroom reading, and several windsurfing blogs on the computer to get me by. And monitoring forecasts and weather systems, and swinging by the local shop to pick up a new boom and chatting with whoever walks in on a windless day can be fun too. But when I read about all the Peconic Puffins having fun on the water today from my office computer (with flags flapping outside!), and viewed an uneven wind forecast for this coming weekend, well... that can drive a weekend windsurfer crazy. 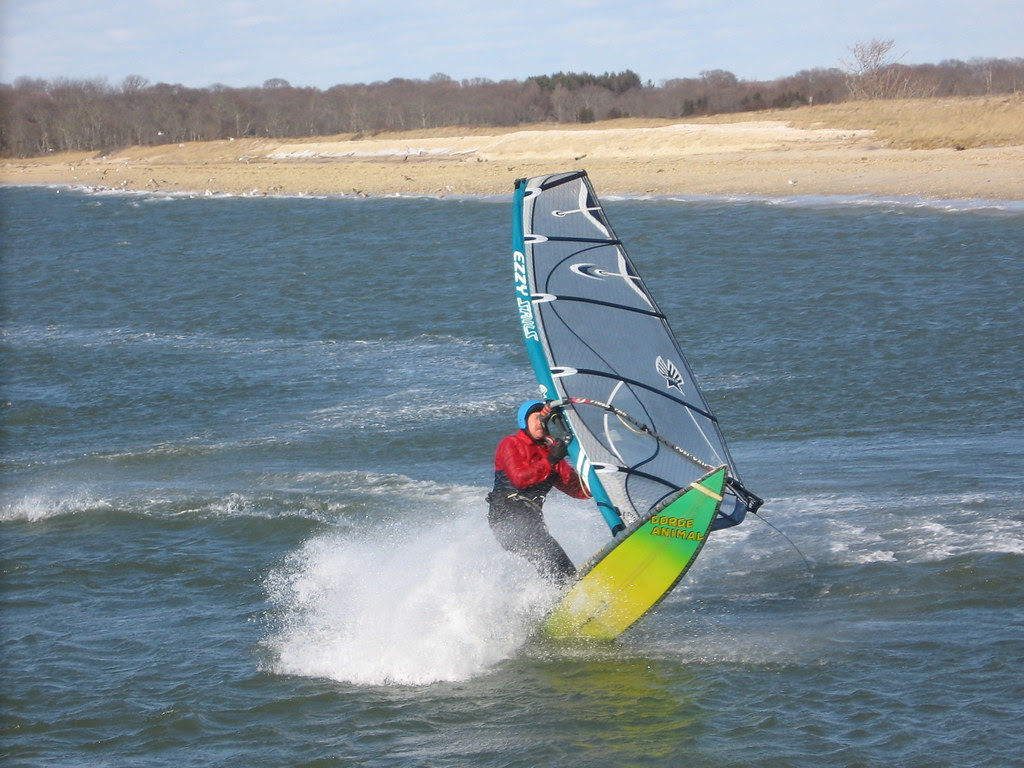 Windsurfing at Sebonac the other Sunday was a lot of fun. NW winds blowing 20-25 meant rigging my 89L Naish 8'7" and 5.2 Ezzy. I've only sailed in these conditions 5 or 6 times before, and only once at Sebonac. In that Christmas Eve session, I struggled with harness line positions on my boom, and ended up in the water more than on the board. This time I managed greater than 50% board time, and felt dialed in on my fast and slashy Naish - at least on a port tack. Returning to shore on a starboard tack was a different story. Harness lines were wrong, and arms got somewhat tired, esp. as they wrestled the 5.2 against 30 mph gusts. And you know what comes next: catapult! I did the head-over-heels body slam twice on the second run, 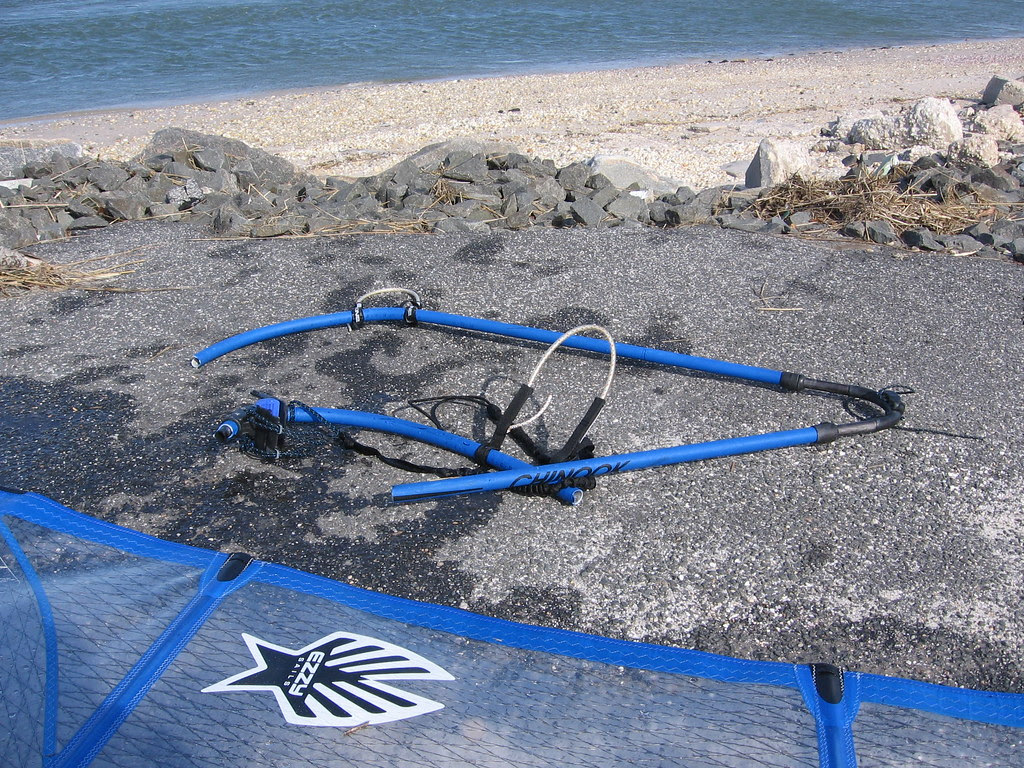 but the third run provided the final blow as I flipped hard, and broke my 4 year-old aluminum Chinook boom on each side. Luckily, nothing else broke (rig and bone included), and I was able to wade in from neck high water. The Puffin reported on the spectacle as viewed from shore, including my swim across the channel. It wasn't so bad of a haul, as the sail was still manageable despite the boom, but I still had to turn on the afterburners halfway across - that tidal current was pretty swift!

The Peconic Puffin pointed out the many reasons to love Sebonac. One is the vantage for taking windsurfing action shots (as seen in this Flickr set: Sebonac - March 18, '07). The other part I'm lovin so far is the challenge to quickly improve shortboarding skills, so that I can join in the fun ASAP. Jon suggested positioning lines closer to the mast (lines back to far could explain the tendency for catapulting), and to waterstart in the straps. I've also got to work on bending the knees when jibing through chop. Now hopefully I won't have to wait too long for the wind to cooperate!