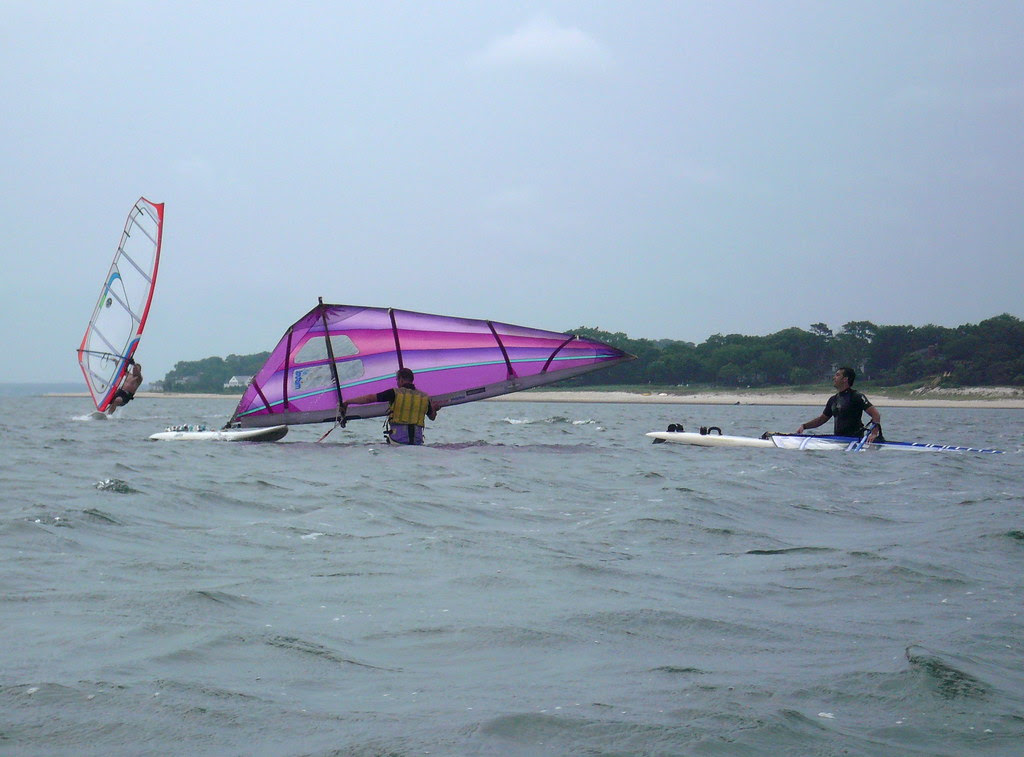 I had a great time at Red Cedar Point July 5th, working on steps 9-11 of Dasher's jibe in waist-high flatwater. SW winds reaching upper teens and low 20s drew out two other windsurfers, Glenn and Daniel, who sailed 7.0 and 6.6. I was solidly powered on my 6.2, and often overpowered in meaty, sustained gusts, which were perfect for carving full-force jibes. I blew all duck jibe attempts - the sail kept blowing away from me! I also goofed around with bodydrags, but mostly concentrated on jibes:

Later I sailed across Flanders Bay (good chop for jumps, which would have been sweet with the Naish) to the beach bar just west of the Jamesport Landing. There I saw 70-something Ironman Lou Anderson, who was riding his old-school gear. His sail had at least 2 dozen strips of stickers and tape, but when we sailed back across Flanders Bay, he impressively ripped right along. 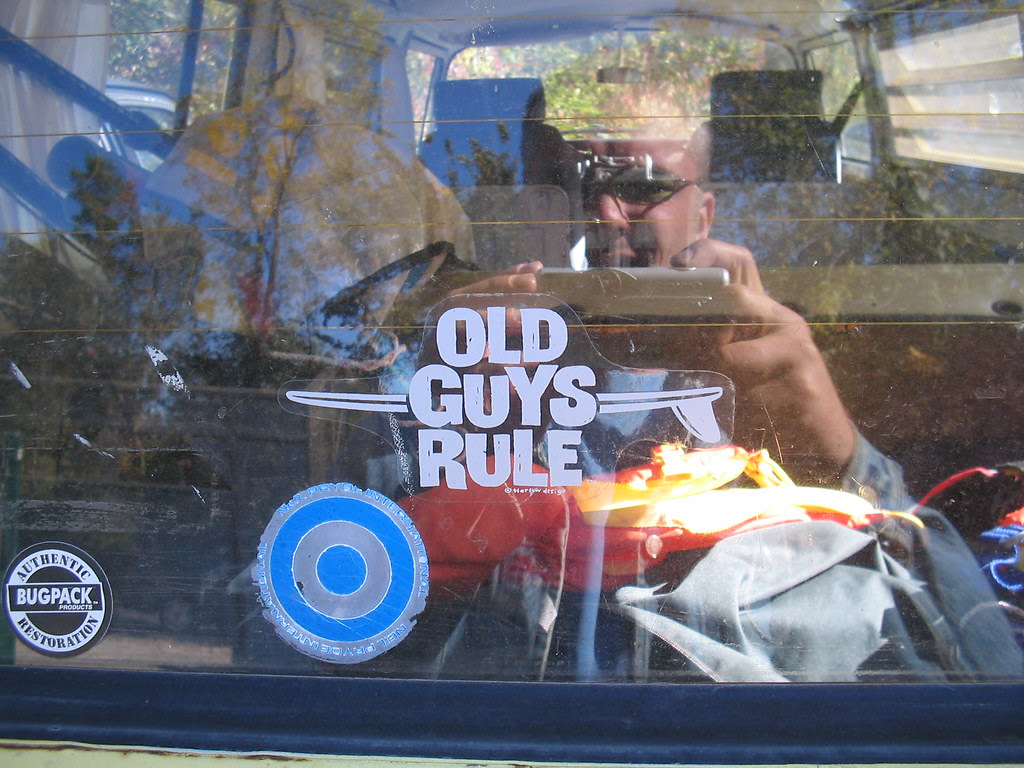 After 3 hours I came in for lunch, and then entertained guests through evening. It blew pretty hard all day. Around 6pm I went down to the bay with my friend Jon, and we found Guillermo coming back from a sesh. He had to run to the train station to get his girlfriend ("Dude, call a taxi!"), but said it was still great and that I should be out there. Unfortunately, social activities called and I never got back out (probably too tired for it too!).

Windsurfing Shinnecock Bay on a Southerly

The end of Shinnecock Road on the west side of Shinnecock Bay in Hampton Bays offers convenient access for catching South wind. Similar to East and West Landing Roads on Peconic Bay, the water is just 20 yards across a short beach from the parking area. I had sailed here previously when Ponquogue was too onshore for my taste, and when south winds blew again on July 4th, I headed over for another session. The summer brings boat traffic and a couple weeds, but I managed these obstacles and had a good time for about an hour on the 7.2. My friend Chiaying, out visiting for the holiday, shot some video as I worked on jibes, tacks and bodydrags. 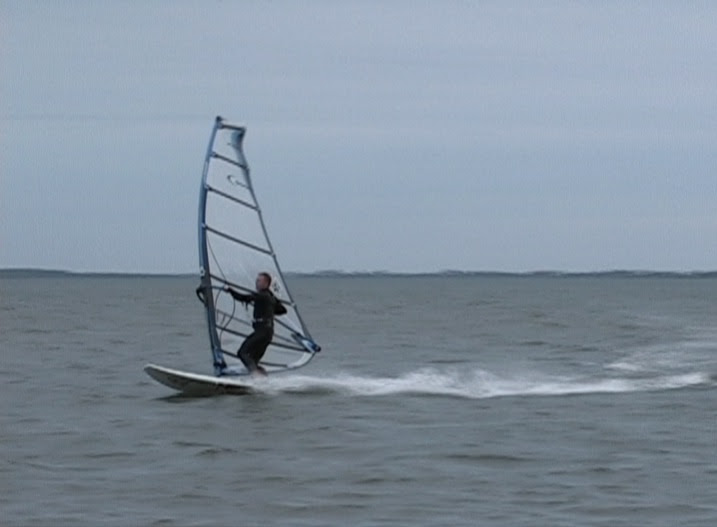